Belle Etoile Academy of Dance launched in 2016 to provide fun and friendly dance classes to children and young people in Bedford. We are committed to providing a safe and positive environment for young dancers to grow in confidence, develop strong technique and find their way to shine!

Our team of teachers and assistant teachers have been carefully chosen for their love of dance, outstanding training and experience, and their love of working with children. All teachers are DBS checked and fully insured (certificates can be provided on request). In every class we hold, there will always be at least one teacher who is a fully trained Paediatric First Aider. We hope you enjoy finding out more about the team... 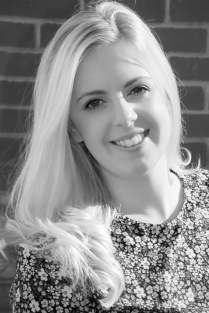 Member of the Associated Board of Dance

Carly was born in Bedfordshire and started dancing at the age of two and a half with Sylvia Bebb. Carly realised at a young age that dancing was more than just a hobby and that her dream was to become a professional dancer. During Carly's time with Miss Sylvia she took exams in RAD Ballet, ISTD modern, tap, jazz and national to an advanced level. She enjoyed taking part in shows and competitions which included the amazing opportunity of performing at Sadlers Wells in the All England Finals in dances choreographed by Sian Sandford.

At the age of 16 Carly auditioned successfully for the prestigious Northern Ballet School, Manchester and was awarded a scholarship to train for a Diploma in Professional Dance.  It was here that Carly learnt the technique, discipline and stamina required to succeed in the highly competitive world of performing arts. She is incredibly proud of her training having been taught by world renowned teachers and choreographers including Patricia MacDonald, David Needham and Eric Carpenter. On graduating from NBS Carly set out on a career that has seen her perform, teach and choreograph all over the UK and the world.

Carly has danced for companies including Costa Cruises, Compagnie du Ponant with Dancers International and various cabarets across Europe. Most recently Carly has been a member of the teaching faculty at Bella Danza Studios - an elite dance school for children in Cheshire. During her time at Bella Danza Carly has been passionate in offering high class training in a positive and encouraging atmosphere and is constantly inspired by the dancers and teachers she works with. It is a privilege to continue to be part of the outstanding team and be given opportunities to choreograph for performances at venues including the Royal Albert Hall and The Dancehouse, Manchester.

Carly established Belle Etoile Academy of Dance in 2016, and since that time has taught hundreds of children across Bedfordshire, passing on her knowledge, as well as her love of dance, to children and young people. Carly is registered with the Associated Board of Dance which offers regulated examinations in dance core subjects which are accredited by GQAL & OFQUAL and offers accredited technical examinations and medal tests in all forms of dance.

Grace started dancing at the age of 2. She has trained in ballet, tap, modern, jazz, contemporary, street, hip hop, singing and musical theatre. Grace has performed and competed in many dance festivals over the years, including the All England.

Grace's best dance moments and achievements were in 2017, when she represented England along with her team mates in Commercial dance group at The Dance World Cup, where they came 5th! Grace also attended the Rock Challenge finals in 2016 with her high school, and they came 3rd. Grace was lucky enough to have the opportunity to dance at Dance Promps at the Royal Albert Hall. Grace has a strong love for Musical Theatre, and has performed in the following shows: Chicago, Bugsy Malone, Spring Awakening, Grease, and many more.

Grace is now at University studying Social Work, where she is President of the Dance Club, and Tap Choreographer for the second year running! She continues to teach and assist at Belle Etoile during her weekends. She finds it very rewarding to see the children's enjoyment of dance. Her aim for the future is to continue teaching and performing in musicals, alongside one day being a social worker.

Grace is very excited to be part of Belle Etoile!

Lauren is Carly's sister, and is often on hand to help with uniform and admin.

Lauren is a Deputy Headteacher, with over ten years of experience working in Bedfordshire Primary Schools.  She has a First Class Honours Degree in Education Studies. Lauren brings a wealth of knowledge and expertise in helping young children to learn, grow and develop. She has specialist qualifications and experience in supporting children with SEND (Special Educational Needs and Disabilities). She loves the creative arts, and supports our holiday clubs with arts and crafts activities.

At a very young age Emelia found her love for performing, whilst attending musical theatre and dance classes throughout her school years. This was a passion of hers that never went away and was something that she worked hard for so she decided to make it her future.
Emelia took her first big step where she was offered a place to go and train at Performers College in London. She learnt to better her skills and become the performer she is today. She received a Level 6 Trinity Diploma in Dance and Musical Theatre alongside her ISTD teaching qualifications.
Most recently Emelia has played the lead ‘Clara’ in ‘Bright Lights Big City’ at The Kenneth More Theatre. She has also been involved in many dance and singing performances and has taught at various different schools around the area. Putting a smile on people’s faces is something Emelia adores, whether it is through her teaching or performing.
She is super excited to be a part of Belle Etoile and cannot wait cannot wait to share her love for dance!

Sophie started to dance at the age of two, beginning with ballet. Her love for dance developed over the years as she began to try new styles such as flamenco and tap. Sophie’s family moved to France where, at school, she studied dance and at the age of 15 she joined a jazz company with whom she performed for a year. During that time she also began contemporary classes at the Conservatoire. When she moved back to Bedford at 17, she went on to study English and Theatre at the University of Bedfordshire but did not give up dancing. She joined Initiate Youth Dance Company in September 2014. In that same year, she performed in her very first musical as principal dancer and has since gone on to perform in many more amateur productions such as High School Musical and West Side Story. In March 2016, Sophie was lucky enough to work in the most magical place on earth, Disneyland Paris, for 6 months in one of their beautiful stores.

Sophie has years of experience directing and choreographing for RARE Productions, a youth musical theatre company.

She is delighted to have worked alongside her cousin Carly, watching her dream come to life.

Sophie has taken break from teaching with Belle Etoile to pursue a contract with AMTA (American Musical Theatre Academy) teaching in Shanghai, China and we wish her the best with this exciting adventure.

Chloë started dancing at a very young age with Sylvia Bebb in Bedford and continued when she moved to France at the age of 4 with dance school ACDAC. As a child, Chloë pursued many hobbies with dance being the most prominent, she trained in a variety of dance styles including jazz, ballet and contemporary.

When she moved back to England at the age of 16, Chloë joined the contemporary company Initiate YDC and performed at multiple events in Milton Keynes and surrounding areas. She also found a passion for musical theatre when she started to perform with RARE Productions.

While studying for her International Business BA (Hons) degree, Chloë has found time to continue performing. During her first year in Brighton she joined The Waves, a cheerleading dance squad, and competed at two events including the ICC British Open Cheerleading Championships where her team came in 1st place for jazz and pom in their division. Whilst studying for her degree, Chloë joined the Bedford University dance team.

Chloë has now graduated with a First Class Honours Degree in International Business and has a full time position with a consultancy company, but we look forward to her joining us to teach and assist classes again soon!